The fast-pace of hockey can make fans of all ages.

Fans can grab shirts, jerseys, and other gear at the game.

Little ones will love purchasing foam pucks for the Chuck-A-Puck in between periods.

The Havoc hosts themed nights to add to the atmosphere.

The starting line up is introduced at the start of the game from the mouth of an inflatable wolf.

Lights, fog, and sirens go off to celebrate a home goal.

Growing up in Atlanta we had all the professional sports teams and my dad took my younger brother and I to several of the Braves games when they were at Turner field. I didn’t really pay attention to hockey until I lived in Huntsville for some time and found out a work friend played recreational hockey. I was surprised as I didn’t consider hockey a southern type of sport, but boy was I wrong. The Huntsville Havoc have a huge fan base in our city and the team is doing incredibly well. I was excited to go to our first game as a family, but didn’t quite know what to expect. This is how it all played out…

Before You Go to a Havoc Game

Not knowing how quickly the Havoc games sell out, I went to the Havoc website to see what seats were available. You can also purchase tickets to their games using Ticketmaster and manage your tickets through the app.  If you choose this route, you will not get tickets emailed to you, so make sure you will have your phone on hand when you arrive.

There are a few different ticket levels you can purchase, but I bought my tickets the evening before the game and for a family of 4, so there were only a few Silver level seats available with mostly Bronze level seats left. Single game tickets have three tiers available; Gold ($35), Silver ($16), and Bronze ($12) but there’s always the nosebleed section available for $8/seat. I chose Silver level seats not so high up the bleachers and closer to the exits for unexpected bathroom emergencies.

The Huntsville Havoc website offers other ticket packages and specials, so if your schedule is flexible I would strongly recommend the Family Pack which includes 4 Silver level tickets, 4 hotdogs, & 4 drinks for $60 (which adds up to $30 of savings). The family pack offer is only available online and for select games and will expire at noon on the day of the select games. They also offer group ticketing and Birthday packs, so make sure to visit the Havoc website if you want to take advantage of those specials.

Havoc games are held at the PharmacyFirst Ice at Propst Arena located in the Von Braun Center in downtown Huntsville.  Downtown traffic will vary based on time of day and whether it’s a weekday or a weekend event.

Parking in VBC lots is $10 per car per day unless otherwise stated.  If you get lucky you can also find street parking which is free after 5pm and free on weekends.

There are signs at the arena entrances that say Masks Recommended, but a majority of patrons, staff, & security were maskless. Masks are not mandatory, but seeing as how this was an indoor event with large groups of people in close proximity, I would still recommend wearing them.

Screenings include walking through a metal detectors and/or pat-down searches by security personnel. Searches are mainly conducted to detect prohibited items, a list of which can be found here: VBC prohibited items list. I saw many women carrying in clear totes which facilitated the screening process, but I brought my diaper bag which needed to be inspected. Overall, I appreciate the level of security and the lines moved quickly. I would suggest bringing just what you need so you aren’t held up in line if you have children who are runners or don’t like to stand in lines.

There is a Will Call area for those picking up their tickets to the game or for walk in purchases. I got our tickets online through the Ticketmaster app so I just needed my phone to show the ticketing attendants. There were several attendants standing along the arena entrance with scanners in hand, so I quickly pulled up my tickets with the app and the attendant scanned each one. It was a very easy process.

What to Expect at a Huntsville Havoc Game

Walking up the stairs into the Arena, we saw booths set up on each side.  One was for Chuck-A-Puck. My son was excited to see both booths, but ran to the Chuck-A-Puck booth first. Chuck-A-Puck is a fun ice game for event goers that has a cash prize! You can purchase $5 or $20 stacks of foam pucks to throw at the ice. Whoever gets their puck closest to the bucket on the ice wins a prize.

The next booth the kids ran to was the team merchandise and apparel booth. I wanted a Huntsville Havoc jersey for my son and a shirt for my daughter, but they didn’t have any of their toddler sizes in stock at that time. The sales associate told us we could check the team website at a later time for any restock in sizes and have those items shipped or pick them up at a game. We did end up buying a youth Havoc tee and my kids took turns wearing it during the game.

My family grabbed a light dinner before we made it to the game because I most definitely wanted to have snacks while we watched. I’m glad we got to the arena early because there were no lines yet and that’s a blessing when you have younger kids.

The VBC offers a nice selection of food vendors and even has an adult concession stand at the Bud Light bar. After finding our seats, I sent my husband off to get us some drinks and game food while I stayed back with the kids. My son asked for an Icee, but my husband couldn’t find it, instead he came back with nachos, popcorn, and Powerades.

Word of advice, don’t buy too many things to eat at one time. There isn’t much space in the seats to hold your plate and if you have smaller kids then it gets even more precarious trying to balance food, drinks, and children. I did catch a glimpse of the lines for food during our potty breaks in between periods, and they seemed to move fairly fast.

Right off the bat, the vibe inside the arena was upbeat, good music, and really flashy. Before the game started, everyone stood and faced the giant American flag for the National Anthem.

The start of the game was fun because they had a giant inflatable mascot entrance for the Havoc starting players. The player introductions were amplified with lasers, colored flashing lights, and some pyrotechnics. It made for a very thrilling start of a game.

I will warn that if you have very young children, children who startle easily, or are sensitive to flashes of lights or lights suddenly going dark, then this may cause some discomfort to them. The entire game was punctuated with loud horn blares, fans pounding on the plexiglass barriers, flashes of lights and flares shooting up for goals. Please be aware of these possible triggers when bringing children to the games.

Also I would recommend dressing the kids and yourself warmly as the arena gets cold because of the ice rink. As the game progressed, it got colder inside and my kids asked to wear their jackets for the remainder of our time there. I was glad I brought an extra layer as well as temperatures started dropping.

My last side note is that there are fights that break out between players during the game. We witnessed two fights and several episodes of hard shoves to the wall by opposing sides. I had to explain to my son that this was part of the game and that the players are wearing a lot of protective clothing for this reason. I also had to explain to him that even if a fight breaks out that the referee steps in before anyone is really hurt.

Again, I reiterate that I do not know much about hockey, but you really don’t need to know the rules of the game to enjoy it.  My 4 year son was able to follow the game and cheer for the Havoc whenever they made a goal. My 2 year daughter wasn’t as interested in the game as she was the concessions and playing on the bleachers. Another note to make is that the arena seats are your typical folded stadium seats and young children may not be heavy enough to keep the seat bottom down. My son was fine sitting on his own, but my daughter needed me to hold her seat down with my leg so that she could sit comfortably.  Otherwise, she was constantly having the seat fold up on her.

There are three periods to a game, and in between each period was fun ice entertainment. They had races on the ice, guests trying to make a goal, and kids competing in challenges, but the biggest event was Chuck-A-Puck. They hold Chuck-A-Puck after the second period and this is when you see a swarm of fans come to the railings and throw foam pucks at the ice rink.  My son had been waiting for this moment the whole game, so he went down with his father to throw some pucks. He didn’t get any on the ice this time, but it was fun watching him and others throw hundreds of pucks down.

By the end of the second period it was getting late and we wanted to leave the arena before the game was over. My kids were getting tired and over stimulated by this point and we wanted to avoid the traffic leaving the parking deck. On our way out, we asked the kids if they had fun and both of them excitedly said yes! I was so glad they had a good time at their first hockey game and us adults enjoyed it too. I would definitely bring them to another Huntsville Havoc game next season, but for an earlier game if possible.

Plan Your Visit to a Huntsville Havoc Game

Tickets can be purchased online or at the gates. You can view the season schedule here.

Get Loud for the North Alabama War Dawgs 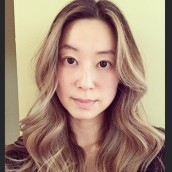 Nalee Suh is a transplant from Atlanta who has called Huntsville her home since 2013. A stay at home mom to two adorable young children, she is now finding the time to get back to the things she enjoys. She and her husband own Huntsville's Classy Beauty Supply, a fun retail business that keeps her in the world of beauty! When she’s not running after her two littles or filling in at work, she enjoys trying all things new - bakeries, parks & playgrounds, coffee shops, boutiques, and restaurants!