Many people may not realize the amazing soccer talent right here in Huntsville. In the Huntsville Adult Soccer League, several of the players have professional-level skills, and guess what… the games are free to watch!

HASL began over 30 years ago when it was started by Pete Needham with just six teams. Today it has 48 teams in its Men’s, Women’s and Over 35 leagues — it’s the largest amateur soccer league in the state of Alabama! There are over a thousand players registered; some of them are semi-pro players and some played in college. (And some are beginners that have never played. There’s a division for that too!) Two years ago, its team won the state tournament in Birmingham.

What to Expect at a HASL Match

HASL offers a family-friendly environment to watch soccer. There are two independent seasons – Spring and Fall – and most of the games are played on Sundays with some on Wednesday evenings. The Women’s and Over 35 leagues play mostly on Mondays. The Women’s league has eight teams this year and is the fastest growing division. You’ll find the high-level players and a faster game if you go see the Premier and Division One teams play.

The schedule can be found on HASL’s website and games are played on city fields. You can bring in food and drinks, and I would advise you to bring chairs or a blanket as seating is limited at most of the fields. I would also caution you to be careful where you park your car — sometimes those soccer balls fly out of the field!

HASL has a good relationship with the local youth leagues as well. Many of the players coach in the youth leagues and they themselves played in them until they became adults.

Want to Get Involved with HASL?

Officials are always needed, and it’s a great way to make some extra money for you or even for your teenager. For information, visit www.nasoa.org. Refs are independent contractors and can set their own schedule.

If you’re interested in playing soccer with HASL, simply fill out the form on their website and they will try to place you according to your skill level. Beginners can start at Division Four. They play promotional regulation so teams move up or down based on the number of games they win in the season. The cost to play is about $85 per season. You can also email Tim Barron, Vice President of HASL, at TimmyBarron44@gmail.com.

Grab a picnic lunch and make plans to attend a game of HASL soccer! You’ll see lots of kids on the sidelines at the Sunday games. 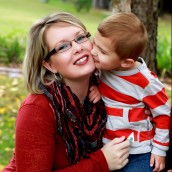 Heather Phillips and her husband are high school sweethearts originally from Kentucky. Heather worked in the fields of public relations and marketing for over 13 years before becoming a stay at home mom to their two boys. Heather has enjoyed volunteer work her whole life and is active in the animal rescue community here in Madison County.

Birthday Party at The Matrix Gym in Huntsville