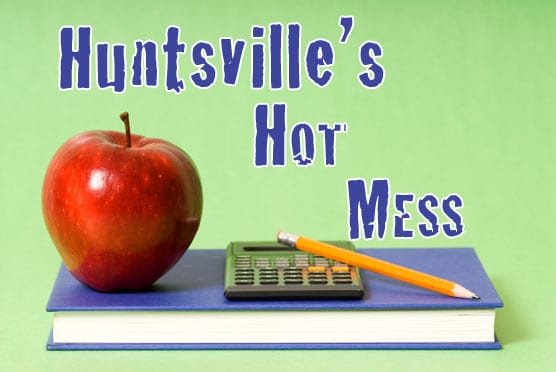 [dropcap type=”2″]T[/dropcap]he new controversy that is playing out locally regarding three principals speaks to the point Sarah raised last week about the importance of good leadership in schools. It will be interesting to see what comes of it. There is no denying that good principals are the linchpins of an ideal school. An impassioned, intelligent and dedicated educator who supports his/her teachers and inspires co-workers, students and parents alike can bring cohesion not just to a school but an entire community.

I could back that last paragraph up with all kinds of academic and intellectual jargon about pedagogical studies but I won’t. Largely because most people haven’t a clue what pedagogy is and it really isn’t my cup of tea. What I will do is talk about three principals who made an impact on me.

Mr. Powell was the Upper School division head at Oak Hall School. He and I were co-workers at my first job after graduate school. We shared a suite of offices along with a receptionist and the school counselor and enjoyed long conversations about History (his subject) and Literature (my subject). I called him Mr. Powell rather than Richard partly because that’s what all the students called him and partially because he was nearing retirement age and I was 27. I felt he deserved the respect of a formal address. I’m not sure he liked it though, he often commented about it and I tried to stop but I couldn’t. Although I never told him this (and I should have) it was also because I was incredibly impressed by him professionally. He was well-liked and respected by students, faculty and parents, but he was also hard-nosed when it came to the rules. He pushed for perfection in the face of mediocrity and he had a very odd sense of humor. In other words, he wasn’t going to win any popularity contests. But he was fair, honest and intelligent. He never asked teachers to do more than he was willing to do. If they had to work until 6 at night, he was there until 8. He didn’t coddle students but he paid attention to their concerns and he worked hard to find solutions.

Ethan was the Head of School at a small Friends (Quaker) School in North Carolina at my second academic job. During my interview for the job, one of the things that struck me was how much Ethan had accomplished in a relatively short period of time. When he began his tenure as HOS, the school was 6-8 grade only and had a student population of 40 students. In less than 6 years, the school grew to a Preschool – 8th grade program with almost 230 students and two campuses! Much of this had been done on a shoestring budget with only a yearly Annual Fund to help support the expansion. How did he do it? He had a larger vision for what the school could be and he cared deeply about its success. It was obvious and contagious and I was obviously not the only one drinking the Kool-Aid. Parents showed up in droves to work on the community workdays that were scheduled three times a year. Teachers worked long hours, gave up family time to attend week-long retreats and did so for far less money than they could get at a public school. One man’s enthusiasm and vision helped build that school and I truly cried when making the decision to leave and move in order to stay home with my daughter. I hope when the time comes to find a school for my little one, I will be able to find another Ethan at the helm.

Get Thee To The Learning Expo!

Saving the Planet One Song at a Time

Where Do We Begin?