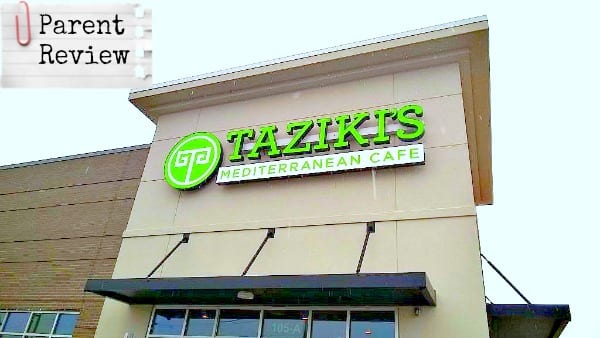 Nascent chain Taziki’s Mediterranean Café just opened in Madison—its 42nd location nationwide. The service model is fast casual; the furnishings, a bit more upscale than what you might expect at such a place. Taziki’s is also the first national franchise to meet REAL (Responsible Epicurean and Agricultural Leadership) standards, signifying good nutrition and sustainability practices. Call the menu Greek-based, infused with splashes of the Middle East, Italy, Mexico, and the United States.

Also call it enormous. You’ll want to study this menu before you’re put on the spot at the counter. There are over three dozen entrées on the regular menu, including chicken, lamb, seafood, beef tenderloin, pork loin, and grilled vegetables. There are also five daily specials a week, including Mediterranean takes on tacos and pasta. Finally, Taziki’s offers several different take-home dinner choices. Call two hours in advance; pick up after 2 pm; feed four hungry folks at your house. Entrees are $7-12, with the take-home-for-four dinners coming in at $26-29. 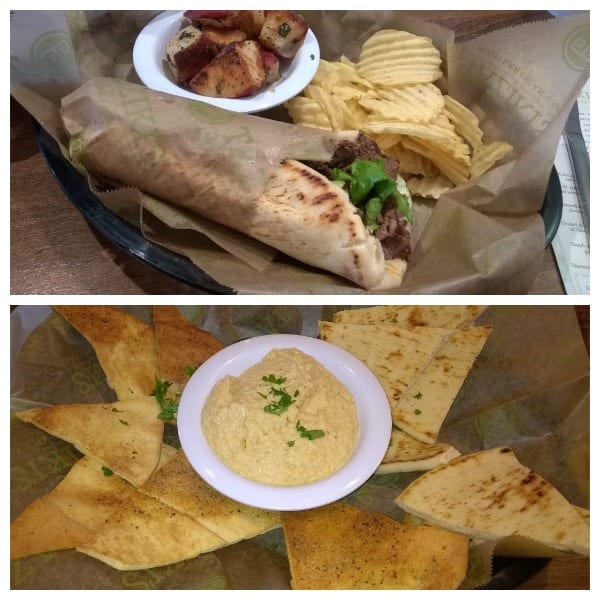 When my family and I go out to review a restaurant, I encourage the four of us to order different things so we can present a larger variety to you, our readers. We did that this time as well, but this menu is extensive enough that we didn’t cut as deep a swath as we usually do. I’ll tell you about what we had, though.

(I suppose we’ll just have to make several return trips.)

We started with hummus—an excellent indicator dish at a Mediterranean place—and spicy pimento cheese. (There’s that quirky, other-cuisine infusion I was talking about.) Get your pita chips soft or baked, or get them half-and-half. Both dips were fresh, with flavor and temperature indicating they were made shortly before we ordered them (as opposed to being pulled from a refrigerator). The cheese has a fair amount of red pepper kick. Tender palates be warned.

For our lunch proper, the boys went with gyros: one beef tenderloin, the other grilled lamb. Both received highly positive reports (and disappeared quickly). I sampled the lamb and found it pleasantly robust, with vibrant vegetable and taziki accompaniments. 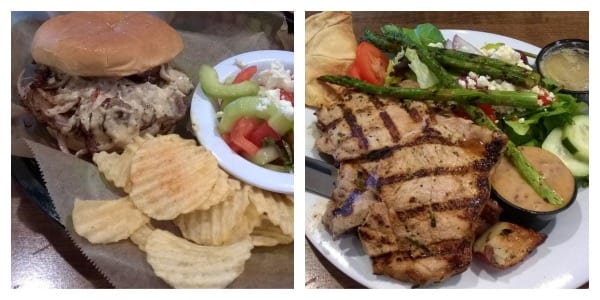 Lea had what I’m getting next time: the deli beef tenderloin. Served with grilled onion, melted Swiss, and horseradish on a Kaiser bun, this was gustatory nirvana. It was four strong flavors coming at you, but harmoniously, not chaotically. It’s an outstanding sandwich. Lea also had positive things to say about her cucumber-tomato salad.

I had the herb-roasted loin, with tomato chutney and grilled asparagus. The unexpectedly sweet chutney complemented the robustly-spiced pork perfectly. And what a lovely presentation! It was a shame to spoil it. (Sort of.) I found delicious and soft roasted potatoes underneath, as well as the same pepperoncini and pair of olives that accompanied our appetizers. That’s an enjoyable little signature.

Beer and wine are offered, so be sure to ask for the list if you’d like such potable accompaniment. There are several desserts available, including a delightful baklava, chocolate chip cookies, and made-from-scratch dark chocolate cake. We stopped at the baklava on this trip in the interest of authenticity, but everything looked wonderful. 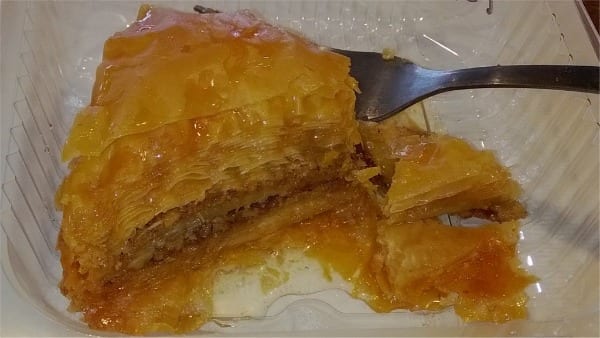 All of the Taziki’s employees with whom we interacted were pleasant, from our cashier to the folks who brought our food, checked on our beverages, and so forth. Our pacing was prompt without feeling rushed.

The kids’ meals for 12-and-under visitors are served with chips or fresh fruit, and include chicken roll-ups and a pita turkey melt. There is also good old grilled cheese to fall back on, if your young person isn’t feeling adventurous.

Highchairs and booster seats are available. Restrooms are clean single-seaters with changing tables.

Taziki’s Mediterranean Cafe brings yet more cuisine options to thriving northern Madison, and it’s a place I suspect will make our regular rotation.

(Wow. I might get that deli beef tenderloin weekly for a while!) 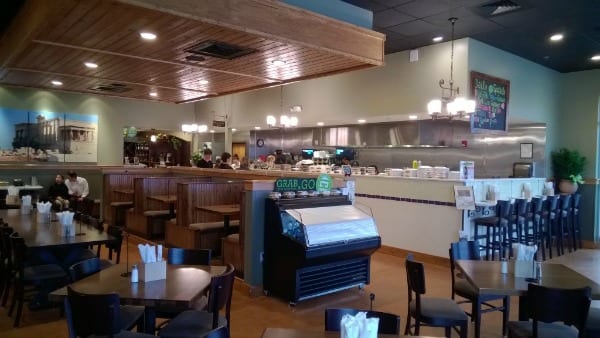 Book It to the Library: February Edition