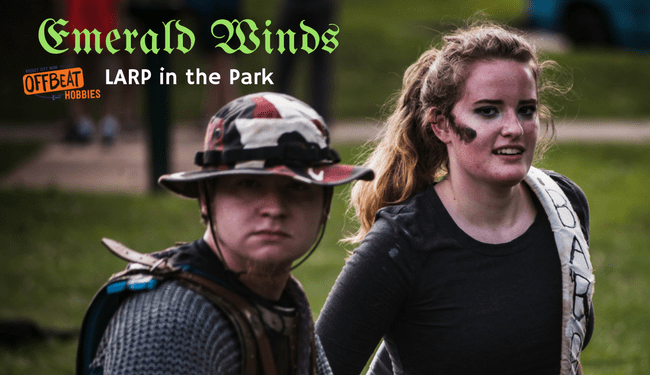 [themify_box style=”gray announcement”]EDITOR’S NOTE: Welcome to our new series, Offbeat Hobbies! We want to feature kids and organizations that participate in activities beyond the ball and ballet shoes. Every month you’ll find out more about each activity and how your kid can get involved locally if their interest is sparked![/themify_box]

Got an imaginative kid who’s looking for a creative hobby that gets them outdoors, and around other like-minded friends? Does your teen or tween love to attend NerdCon, HamaCon, or the Huntsville Comic Con? Finding a good local LARP group could be right up their alley.

Um… What is LARP?

Live action role playing, or LARP, is a type of interactive game in which participants portray characters through physical action, often with cool costumes and props. It’s different from cosplay, in that it is action-centered on original characters, rather than a portrayal of a character found in movies, books, or television shows.

Huntsville is a hotbed for awesome and nerdy hobbies – STEAM based robotic teams and coding clubs for kids are everywhere. And Space Camp is our backyard. But few past times include all of the elements that LARP does:

LARP comes in as many genres as there are fandoms. Think of it as a sort of live-action Dungeons & Dragons! Science fiction spacey LARP, Middle-Earth Tolkien-y LARP, fantasy LARP set in the world of Harry Potter… all exist. World-wide LARP groups with regional and state chapters have been around for years, and many of them have regular tournaments and special events for their members.

One important thing parents should know about LARP is the priority of safety. A good group has an extensive rule book that they stick to devoutly. All weapons and armor are thoroughly inspected before every session. Most groups don’t allow kids to engage in full combat until they are a certain age and require a parental waiver. True LARP is never a rouge group of kids fighting with each other in the woods with makeshift weapons. There’s an artistry and adherence to rules required. There’s an order to meetings, and a slate of officers to enforce the rules.

Huntsville has several local groups for kids interested in LARP, and we interviewed members of an Amtguard chapter called Emerald Winds to find out more about why it’s a worthy hobby. 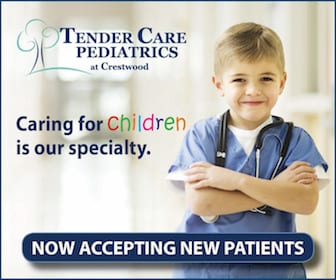 Grace Staples is 14 years old and character name is Delilah. She initially was invited to an Emerald Winds meeting by a friend at school and has been attending ever since. A fan of the world of Narnia when she was younger, Grace is drawn to LARP mainly for its fighting athleticism. She says there are lots of reasons kids in her group participate.

“For me the fighting practice relieves a lot of stress. Yes, it can be kind of expensive if you are into the sewing and costume aspect. But LARP has a story behind it and there are many different things you can do with it – it’s really easy for anyone to do. At regional events there are all sorts of classes like calligraphy and macramé as well as battle games. Everyone has a lot of fun.”

William Johns is 13 and his character’s name is Corvo. He accidentally discovered LARP years ago and got involved because it something fun to do to make good friends and stay fit.

“When I was 10 years old my dad took me to an art festival in South Carolina and there was a little booth called “boffing” which is part of LARP and you could pay five dollars and play all day and I thought it was really fun. I bought one of the swords they were selling and the next day my friend came over and said ‘Oh, that’s Amtguard’ and that Saturday we went out to the park to watch and I’ve been playing ever since.”

All of this boffing and sewing and game play needs to have someone in charge. That’s where chapter officers come into it. Michael Morgan’s character Heraldr is the Prime Minister of the Emerald Winds group, and he’s responsible for  ensuring financial and attendance records are kept up to date. He describes a typical weekly LARP meeting:

“We usually start out our sessions with talking for a while then people start to spar and we do some pick up games like Ditching or Kill Your Killer. This usually takes an hour or so. Then we progress towards a class game or two where we get to put on our sashes or armor and use archery and all of our magic for an hour or two depending on the weather temps. After that it’s cool down, some chapter business, and pack up and go.”

Practice sessions can last anywhere from 2-6 hours depending on how many members are there and how much business there is to conduct. New members and those who want to learn more are always welcome.

“Newbies need to be able to come to the park regularly for practice. We have some loaner equipment and can teach them to fight and how to play to their level and class. Once they start coming out regularly and participating they can become members. I recommend closed toed shoes, long pants, knee pads  and gloves (if you have them), and water to drink. It gets hot in the summer so be sure to bring things that will help you cool down. We also practice in the winter so just be sure to dress for the temperatures.” 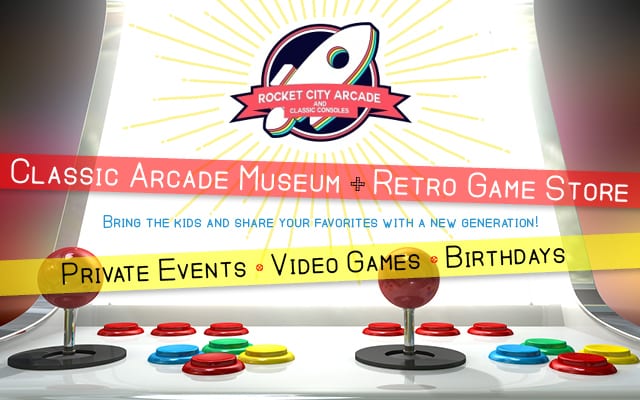 Stephenie has worked with and around books and authors for over 12 years, both at retail booksellers and public libraries. She is a rare Huntsville native, mother of two high-energy boys, wife of one, and eerily addicted to community volunteering. When she's not being the Managing Editor for RCM she likes to stalk her favorite authors online, cook with way too much butter, and also manages to conduct freelance marketing and PR work.