If there’s anyone likely to break a bone, it’s kids. With fearless jumps from playground equipment, falls during sporting events, and more, they’re prime candidates for fractures – a fact many parents know from experience. What parents may NOT know is the importance of specialized pediatric orthopaedic care. Luckily, the Rocket City has pediatric orthopaedic care right here in Huntsville at The Orthopaedic Center!

While you may think that all orthopaedic doctors are equally equipped to deal with adolescent injuries, the truth is kids heal differently than adults. Namely, they are still growing and need physicians that are well versed in taking care of bones that will continue to grow.

Dr. Michael Lawley is one of the physicians in TOC’s Pediatric group. He said he and the pediatrics team at TOC not only have advanced knowledge of treating bones that are still growing, but also the knowledge to avoid unnecessary surgeries and prevent growth disturbances.

“Anytime you have an injury to a bone it can happen in the area of growth and knowing how to handle that in a technical manner so you promote its continued growth is essential. We also know how to monitor for growth disturbances after an injury. You have to watch these things – you can’t just say its healed and then they come back a year and half later with a major deformity. We can pick this up before it becomes a big issue and avoid a major surgery,” Lawley said.

Another important aspect of pediatric orthopaedic care is knowing when surgeries are necessary and the symptoms of underlying diseases that may cause injuries in children. Dr. Steven Buckley joined the pediatric group at TOC in 2006 when it was first started and said the things to look out for in children are different than that of adults.

“Indications for surgery in a child are very different than in an adult. They are not just a mini adult. If a kid comes in with a bone fracture, in the back of your mind you think that this could be a sick bone before this injury happened. You ask the right questions to find out that this was bone cancer and are able to get them the treatment that they need,” Buckley said.

Likewise, the pediatric team at TOC understand kids – in fact many of the team members are parents themselves! They know it’s hard to slow down an active kid and accommodate that when possible by not completely restricting activity and providing waterproof bracing. Elizabeth Schwarze is a nurse practitioner on the TOC Pediatrics team, and said that’s another benefit of receiving specialized pediatric orthopaedic care. 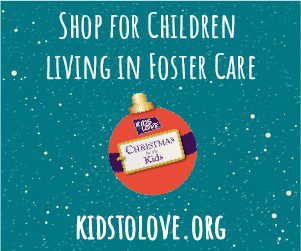 “Sometimes you don’t want to overtreat them. Sometimes they can play with injuries and keep being active and we are aware of that, where someone that doesn’t treat kids may say ‘oh, well you’re out for six weeks.’ But they don’t have to be – we can let them keep playing,” said Schwarze.

In addition to treating kids, the pediatric orthopaedics team also knows how to approach kids. When caring for a patient that may be anxious or scared, they know what to expect and are ready to do what it takes to help put them at ease. One way that they do that is involving the kids in their own care. Jennifer Sharp is a nurse practitioner on the team and says they do that by meeting the patient in a way that they understand.

“I think it’s important to relate to both the parent and the child. It’s two completely different languages that we use,” Sharp said.

Lawley says it’s also important to consider what may add stress for the child.

“It’s about being aware, whether it’s choosing not to wear a lab coat before you go into the room because you know you’ll freak them out, or just treating them like a kid. One thing I always try to do is talk to the kid. Not just talk to the parent as if the child is not in the room,” Lawley said.

Schwarze said this approach is also important for establishing a positive relationship with physicians and kids in the future.

“That process teaches the child how to connect with a physician and how to communicate. That’s different than when I was growing up and dealing with physicians. I think it empowers a child to speak up,” Schwarze said.

In addition to having the expertise to interact with kids, the pediatrics team is passionate about what they do. Since many are parents themselves, they aim to treat their patients how they’d want their kids treated. Dr. Corey Burke recently joined the pediatric team at TOC and says it’s one of the things he loves about working with kids.

“Kids are eager to get back to being active and take great ownership of improving and healing. Having five kids myself, I understand the desire of parents to have their children receive the utmost care. I strive to treat each child how I would treat my own. I’m also thankful that my patients have loving caretakers who would do anything for them and can continually provide encouragement as they are healing and recovering,” said Burke.

Another thing the pediatric orthopaedics team strives to do is keep the clinic fun! Whether it’s bright murals with favorite characters, having a roll of stickers on standby, having a toy chest, or even dressing up, the team comes prepared to care for their patients.

Lawley said pediatric care was never in his original plans until he did a rotation. After his wife pointed out that he was leaving work happier, he decided pediatrics was the path for him. He said he likes the pediatric environment and generally caring for patients that do well with treatments.

“When you’re seeing kids you can goof off with them in the clinic. You’re still taking things seriously of course, but you don’t have to put on some attitude and act all formal like you do with adults. They’re motivated, they heal, they haven’t had time to mess up their bodies with poor eating habits or smoking or bad life choices. Their bodies are still the way that they are supposed to be, so from an anatomy side of things that’s really beautiful,” Lawley said.

After his time in the Navy, Buckley said he likes working in pediatrics because it offers a fun environment.

“I like pediatrics because you can do everything that you do in general ortho – you do hands, feet, spine, sports – and the patients get well faster, they tend not to be pain seekers, and it is more fun. It’s a happier environment: you have toy boxes, you have stickers, pieces of candy, and putting on a cast is fun,” Buckley said.

TOC is the only clinic with pediatric orthopaedic specialty in North Alabama. In fact, they’ve recently added Dr. Corey Burke to their team to be able to serve even more patients. From infants to young adults, the team offers exclusive pediatric orthopaedic care from experienced providers. Learn more about the clinic and schedule appointments by visiting TOC’s website or calling 256-539-2728.

“I find it a tremendous honor that parents will trust us to do what we do to their children. That will hit me sometimes – I can’t believe I am here, that parents are trusting me with this. As a parent, you don’t always know these people more than an office visit before surgery and they are entrusting us to take care of their kiddo. That’s an awareness that I feel like others may not appreciate since they don’t deal with it on a regular basis, and it’s just an honor,” said Lawley. 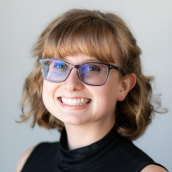 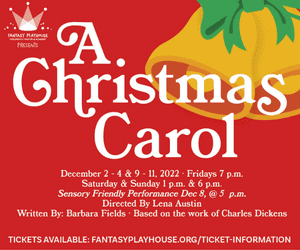 How to Have Fun in Chattanooga with Kids