It was 5:30 in the morning and I was riding shotgun in my Dad’s station wagon. He was at the wheel, I was 12, and my older brother was running his portion of our Sunday morning paper route. My dad put a tape in the deck, said the name Cat Stevens, and before I had time to snicker at his name, I was hypnotized by “Father and Son” coming through the speakers.

Already being a fan of singer/songwriters, the sound was appealing. Then, my penchant for lyrics was satisfied by the call and response between a father and son reflecting their stages in life quintessentially. The son wanting to push away and make decisions alone, while his father pleaded for him to stay and listen to his guidance.
[pullquote type=”2″ align=”right”]“It’s not time to make a change, just sit down, take it slowly. You’re still young, that’s your fault, there’s so much you have to go through.”[/pullquote]Only “Cats in the Cradle” by Harry Chapin rival this lyrical dance between a father and his son as they come to the realization that their relationship is changing. They’re living through the same situation, but view it through individual lenses that have been focused by their life experiences and varying levels of maturity. They have perspectives and desires that can’t seemingly be met or fully understood by the other.

Father and son, mother and daughter, or any other elder and youth relationship is represented in this song. My dad used to say “Listen to those who have come before you. You don’t have to experience everything yourself.” And I would respond, more with action than words, “Yes, I do, because, like, you have no idea what I am going through.” And now, all these years later, I can already sense the words of my father coming out of my mouth.

This song will always have a place in my life. It forces me to think of my dad, the choices he’s made, the guidance he gives/gave/tried to give me, and the necessity for push-and-pull relationships with your children, or anyone for that matter. More importantly, it speaks to understanding your kids when they want to make decisions on their own.

They may think they’re alone, but all of your energy, modeling, and rearing is in there, somewhere, helping them through situations you may not be present for. 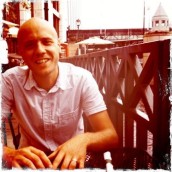