Fall for me means three things. Apple slushies, 31 Days of Halloween, and pumpkin picking! While my two-year old is not quite ready to watch Hocus Pocus, she can drink a mean apple slushy. We decided to head to Tate Farms to try our hand at picking pumpkins.

I’ll admit, I’ve gone to Tate Farms Cotton Pickin’ Pumpkin before taking photos of my friend’s children. It was lovely, but tackling this place with my own toddler I knew I needed to have a strategy. (Here’s where all the experienced moms laugh maniacally.)

Since their devastating fire in 2017, the owners have built an incredible new sensory barn. All my toddler saw were slides, but the goal is to teach children all about agriculture. Having kids and even adults understand where food and clothes start out from is important. Also – slides! There are two 40-foot slides that, and I can speak from my husband’s experience, are very slippery, so don’t go playing around.

The new animal barn had beautiful babydoll sheep, a donkey who wasn’t wonky, fuzzy cows, a little pony, and rabbits. My kiddo loved to make the sounds at the animals, but unlike every Disney movie made, they didn’t so much as hee-haw back. Thankfully, there are large sanitizing stations right there and restrooms that are right around the corner.

Every year it’s amazing to see the artwork with the hay bales. I saw a dog that looked like a “Puppy Dog Pal”, a Trash Panda, a snail and a skunk hay bale! These creative works of art are always a delight to everyone.

If you have a child with a birthday in the month of October, you can have a party there! Rent space at their pavilion and get a three hour adorable party package. I saw a few when we were there and really thought that was a cool idea. Here’s more info on their Corporate Party and Event Rentals.

More Than a Playground

Yes there are slides and swings, and yes, my child would have spent all her time on those, but there is so much more. Their two jumping pillows were also a hit. Now, as a self-proclaimed worrier, when we went to Tate Farms during two major football games on TV, there were not many people there. So I felt comfortable letting my child jump with one other kid on the pillow. They have a “big kid one” and a “little kid one.”

Just a short distance away is the little choo-choo corn train ride. The train looked great from far away to my toddler but not so much when it was time to go all aboard. What is fantastic is that if you want, you can ride with your child. The helper and driver makes sure everyone has a great time.

You can’t miss the Corn Cribs. If you aren’t sure what that is, it’s literally dried corn pieces in a giant box. Think sandbox but slightly less messy. It’s fantastic for little ones. You can get some great sensory play out of them.

For older kids, the Cotton Jump, Hay Bale Maze and Pedal Cart Track is great to get the energy out. There is also a pumpkin cannon that you have to pay a little extra for, but who doesn’t want to see a pumpkin hurled in the air half-a-mile away? It seems like a perfect place for families of all ages to go and have a great time.

Getting Around On Wheels

While I was wandering around, I saw a woman in a wheelchair and asked her if she thought the farm was accessible. She replied that she thought so because she had been coming to the farm for the past 10 years. She did mention that a power wheelchair or someone pushing would be best. Sometimes the grass and pebbles would be hard to maneuver through if she didn’t have power. Keep this in mind for strollers too.

So the hayride to the pumpkin patch is included in your ticket. However, you will be charged for the pumpkins you pick at the patch. When we went it was $7 for any sized pumpkin. So when my two year old picked the world’s smallest pumpkin. I made up for it by picking a giant one that James could have lived in if the peach didn’t work out.

Parent Pro-Tip #1: Don’t try to look cute with some shoes. Go for something with traction because that hay is slippery as all get out. It’s embarrassing to slip (and totally catch yourself) and have the whole wagon look at you like you almost broke a hip.

When you arrive back at the farm, carefully climb down and put your pumpkins in a wheelbarrow and take them to pay for them. I suggest you make this your last stop because you’re all going to be hot and sweaty and tired and cranky and… if you time it right, nap time is soon!

Parent Pro-Tip #2: I’ll also let you in on a secret. Because the little pumpkin my daughter picked was super tiny and the end was really brown and it looked like it wasn’t long for this world, they didn’t charge us for it.

Fresh squeezed lemonade, roasted Corn, popcorn, kettle corn, pumpkin pies, wings, pizza, burgers. That’s right you can find all of these items and more at Tate Farms. Remember how I said you would be hot and tired and cranky? Don’t let hanger play into that. Go for the food and remember that this is a once-a-season thing. Treat yourself.

I am not a football person so that’s didn’t factor into my timing. However, I did see they had a big screen TV under their lovely shaded pavillion so that football fans didn’t have you use data on their phones.

Parent Pro-Tip #3: Speaking of phones, make sure yours is charged up and has plenty of space. If you own a DSLR camera, bring it. You can find the CUTEST places to snap a photo. As long as you can get your child to sit still long enough and not run toward the slide/swing/big pile of pumpkins.

Finally, every Saturday they have face painting. So if that is something your child would sit still for and you would pay an extra dollar for, go for it!

Covid-19 Updates: Tate Farm has created a special page on their website detailing their efforts to keep guests safe. 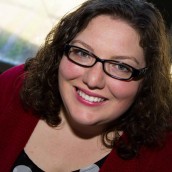 Fall Break Staycation Ideas in Huntsville for $5 Or Less

Fun Things to do Every Day in Madison this October!

A visit to Ivy Green the birthplace of Helen Keller

10 Things to do with your kids this June