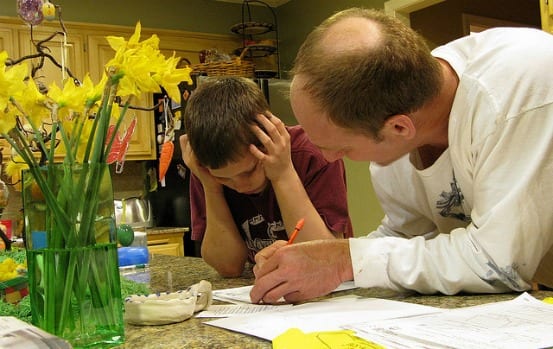 Jack started a new school in February. A private religious school and to be honest, we rather like it. Sure, we don’t care for the biased curriculum – oh, I thought my husband was going to pop a vein as he tried to swallow his rage while learning that a liberal “seeks freedom from personal responsibility” and that John Kennedy’s “New Frontier ushered in prosperity without hard work behind it” – but we love the teacher, the administration, and the focus of the smaller classroom size.

(To be fair, most of their curriculum is not nearly that biased.)

Jack is doing better in many aspects – namely, he can’t get away with the same shenanigans in this environment that fell through the cracks at his former school – but we’re still struggling academically. The curriculum is extremely accelerated, and his mid-year enrollment means that we’re constantly finding concepts that he missed out on but is expected to know. This means hours upon hours upon hours of homework.

For a kid with ADHD.

It was 9:00 p.m. and Jack had literally been doing homework since 3:45. We took an hour and a half to eat dinner, but besides that, he was focused on homework. That’s a LOT of work for ANY kid to power through, admittedly. Let’s face it: I can’t get through meetings that long without finding something else to do to occupy myself.

We opened his study guide for history and there was a map of the United States, with about twenty states unlabeled, but numbered. “We haven’t done this,” he said. Well. Jack is the first to say that he hasn’t seen something before when, in reality, it’s been smacking him in the face for some time. So I took my historical evidence and reminded him that, yes, a worksheet had come home a few weeks back with this same stuff on it. Suck it up, buttercup: we are about to test you on this.

He knew none of it.

So, okay. 9:15 and we said, “Alright, we’ll just use repetition.” Bryan went over the numbered states and capitols, over and over, having Jack label maps and write them down and recite them and you name it and they did it. We quizzed again.

He knew none of it.

“Sarah, do you have any hints?”
[pullquote type=”2″ align=”right”]”We learn differently. And we are continuously failing you by trying to fit you into our learning style.”[/pullquote] Literally could not recall a single STATE, let alone a capitol of any state.
I .. I am frustrated. I am frustrated with so many parts of this story and I did the wrong thing and said, “Yes. My hint to you is to not wait until the night before to study. Also to not be surprised when you spend your summer in tutoring sessions.”

The last part came out more of a threat than I meant for it to; I have been loudly advocating private tutoring or workshops for Jack for some time. We are consistently finding that concepts don’t click for Jack; what seems rudimentary for us just stump him. And he’s not an unintelligent kid! To the contrary, he’s incredibly smart, woefully smart if you look at his report card. He remembers minutia that spins our heads around, but a concept that he needs to apply in an educational environment is just lost on him.

I looked up from my laptop – Thursday nights are late nights for me and I usually work until 10 pm – and Bryan was glaring at me. I glanced over and heard Jack sniffling. I had made him cry.

They got through another useless round of quizzing, in which Jack again recalled nothing, and Bryan’s voice softened. “Sarah and I think differently than you do,” he said. “We learn differently. And we are continuously failing you by trying to fit you into our learning style.”

I am OCD. Repetition until perfection is the ONLY way I know how to learn. Memorization until the light bulb clicks on, as it were. Jack has ADHD. Even on a good day, memorization loses him. It’s too much mental clutter, and he zones out and shuts down.

Our methodical quizzing was pushing him further down the hole that he couldn’t find the top of.

We worked until almost 10:00. That puts Jack at doing almost 5 hours of solid homework and studying. At eleven years old. With ADHD. And Bryan and I realized that until we help him find a method that works for his brain, we are doing him no favors.

I have carried this guilt with me all day, what happened last night. The kid is trying, God love him, and trying hard. But right now, we are oil and water in how our brains operate, and we have no mixing agent between us. We are researching the right answer here, because my God, we cannot watch him drown any longer.

A diagnosis is one thing. Medication is another. But we failed him in our follow-through.

Have a kid with ADD/ADHD? I’m certainly open to suggestions in the comments below. 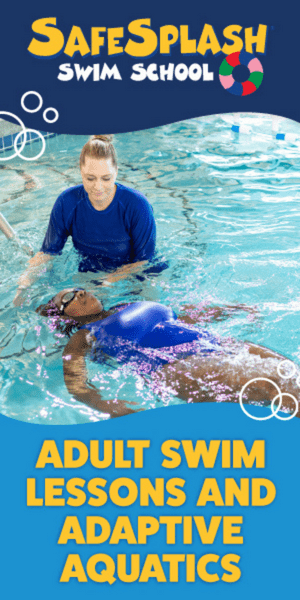 Earth Day at the Switch House