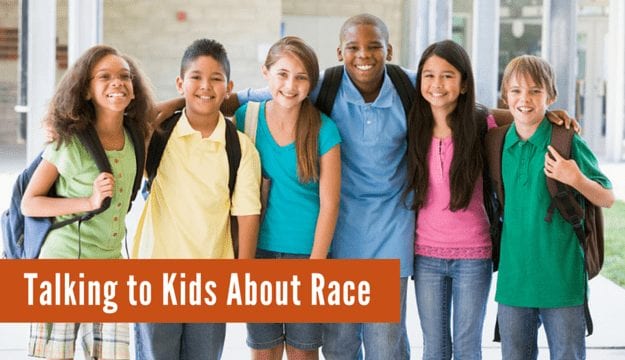 One Saturday morning in May, I was rushing to get Gabby to an event at the Space & Rocket Center, when I was stopped by a police officer before we even made it out of the subdivision. As the police officer approached my car, I began pulling out my driver’s license and insurance card, and when I looked up from my purse, I spotted another police officer in my rear view who was also approaching my car on the right side, something I’d never had happen before.

[sws_pullquote_left]I’m not suggesting that racial politics be the topic of conversation every night at dinner, but I think we do ourselves a disservice by thinking it’s simply more polite not to discuss race at all. [/sws_pullquote_left] While the police officer on my left was going through the routine of asking me if I knew how fast I was going, I noticed the other officer leering into the back seat of my car where Gabby was sitting. The officer on my left then began to do the same. With my eyes now bouncing back and forth between them, I asked the officer on my left why they were looking in my backseat to which he replied, “Do you have someone in the back with a concealed weapon?” “No,” I said. “Well, that’s what we’re looking for,” he snapped.

Puzzled and frankly, angered by the question as well as the tone of voice he’d been using, I informed him that as a woman, having two men flanking and staring into my car was a little unnerving. His response: “Well, ma’am, we’re police officers.” Let me be totally honest here; I found no solace in that.

And neither did my daughter. As the officers returned to their car to write my ticket, I looked again in the rear view, this time to see tears streaming down Gabby’s face. I asked her why she was crying, but I already knew why. “Mom, I’m scared,” she said.

And I knew instantly what she was afraid of – two white police officers had just stopped her black mother and she had no idea what was going to happen next. I also knew that because of her awareness of incidents like Ferguson,  #BlackLivesMatter, and now Ahmaud Arbery, her perception and her expectations about those who vow to serve and protect us had changed.

Several minutes later, as we continued on to our destination (and Gabby fearfully informed me every single time I was approaching the speed limit), I knew that I’d just been presented with an opportunity to have another conversation with my daughter about race.

As parents, we will all be presented with these opportunities, and it’s up to us to take advantage of them, but we also need to be prepared when we do. So, as both a mom and a Certified Diversity Professional, I thought I’d offer a few tips on how to talk to your children about race.

In fact, they see differences of all kinds. It’s often how they learn to order their world in terms of where they fit into it. And when it comes to prejudice, there are studies that show children as young as 3 are capable of employing racial bias.

So, rather than avoiding discussions about race because you think your children are too young, it’s best to find the right age appropriate material to address it with them. Humane Education’s list of 14 picture books about race for children up to grade 5 is a great place to start. And this article from The Huffington Post’s blog provides an even more extensive list of 39 books to help teach kids about race.

Gabby loves historical fiction, and one her favorite books, The Watsons Go to Birmingham is another great introduction to issues of race for grade school children. And it’s even been made into a movie.

Speaking of movies, 42, the film about Jackie Robinson’s life, might also be of interest to older elementary and middle school aged kids.

And if you have teenagers that can handle more mature content, I’d recommend the following: American History X, Do the Right Thing, and Crash. Again, I need to emphasize that these movies (especially the first two) have strong racial themes that may or may not be suitable for your family, but are certainly worth investigating on your own before viewing with your kids.

Talking to your kids about race might seem overwhelming, but these resources can help.

The books and movies listed above provide some less intimidating means of opening the conversation about race with your kids, but as parents, we also need to do a little research beforehand. And it helps to start by exploring our own biases.

The Implicit Association Test was developed by Harvard researchers to measure implicit attitudes based on the rate of response to associations between concepts and judgements or stereotypes. A more detailed explanation of the test can be found here, and you can take the test yourself at Project Implicit. The theory behind the test seems to support the idea that while we may not think we have any racial biases, our implicit attitudes (and subsequent behavior) would suggest otherwise.

Developing Cross-Cultural Competence: A Guide for Working with Children and Their Families is another helpful resource. It’s a comprehensive examination of different cultures, from Native American to Filipino, and how to introduce them to your children.

Dr. Beverly Daniel Tatum’s, Why Are All the Black Kids Sitting Together in the Cafeteria?, is a thought-provoking and practical book about having straightforward conversations about race with our children as well as adults.

The discussion should be ongoing.

Listen, I’m not suggesting that racial politics be the topic of conversation every night at dinner, but I think we do ourselves a disservice by thinking it’s simply more polite not to discuss race at all. And trying to ignore race has never gotten us anywhere.

For example, I know it’s my job to continue to make sure that our past experience doesn’t shape the way Gabby sees all police officers or even the way she sees herself, while also being honest about the world in which we live.

And that conversation will likely never be over. 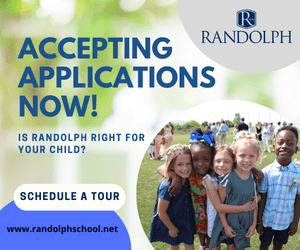 Managing the Crazy: How to get better behavior out of your children during quarantine