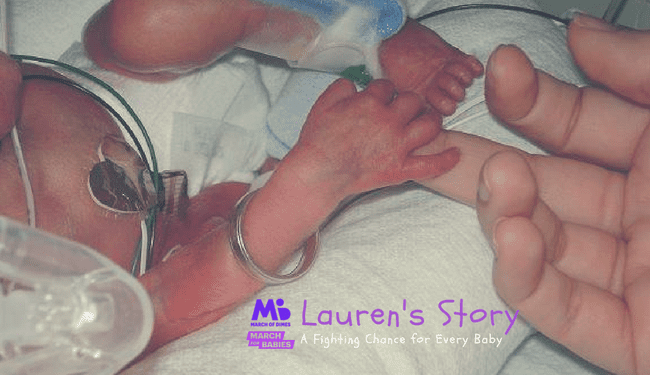 1 in 10 babies in the U.S. is born too soon. Right here in Huntsville, babies are struggling because they were born prematurely or with birth defects, and our state ranks low on the list for the country. In fact, Alabama is one of only three states to score an ‘F’ on a premature birth report card issued by the March of Dimes. With a preterm birth rate of 11.7, the only states to score lower were Louisiana and Mississippi. The annual March for Babies is a huge effort to help change those numbers.

Because simply put, and ‘F’ is not acceptable to us, and shouldn’t be to you.

There are so many worthy causes to support, and this one is near and dear to our hearts here at Rocket City Mom for personal reasons. Many of our writers have gone through the very scary experience of having a preterm babies, one even more than two months premature.

Our RCM family has been through twins, breech births, emergency C-sections, and stays in the NICU. Thankfully, we all eventually got to go home with our new bundles of joy.

But not every baby gets to go home. And some are born so early it’s nothing short of the miracle of some amazing doctors.

Why We March – Lauren’s Story

On March 3, 2010, Kristin Bates went to her doctor for a routine 28-week check-up. During the doctor’s visit, there were some changes noted that gave the doctor cause for concern. Kristin was sent over to Huntsville Hospital for a 24 hour observation.

During the hospital visit, it was discovered the Kristin had HELLP syndrome. HELLP syndrome can be dangerous and even fatal to both the mom and the baby. The doctor’s concluded that the best thing for both mom and baby would be to deliver the baby.

On March 5th, 2010, Lauren Elizabeth Bates was born at 28 weeks gestation weighing 2 lbs. 12 oz. and was 15 in. long. Lauren was immediately transported to the Neonatal ICU where doctors and nurses began caring for her.

Lauren was in the NICU for 52 days. She came home from the NICU one month before her due date.

Today, Lauren is a very normal and active 7 year-old girl. She enjoys going to church, playing sports, and playing with her friends and cousins. She excels at school and loves to read and learn.

A March We Can All Get Behind

Chances are good you already know a family like the Bates that have been affected by pre-term birth or at worst, lost a child in the first few weeks of its life. Honoring that baby during the March of Dimes awareness campaign can be a thoughtful way to show a family you’re thinking of them – and support efforts to keep it happening to someone else at the same time. We’ve included a few ideas about how to do that below.

March In Their Name

Join other local families on Saturday, April 21st, 2018 at UAH’s Charger Park to March for Babies. It’s a fun community event that includes a 5K, a kid’s Superhero Sprint, activities, entertainment, and prizes. You’ll have the opportunity to walk, run, or jog in honor of a baby or family you know. 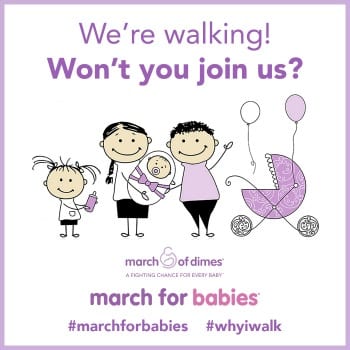 Can’t make it to the March for Babies? Consider making a gift to a team in Madison County to help meet their goal. Every little bit counts, and by taking part in March for Babies, you are funding programs that provide comfort and support to moms and babies across the country. Your proceeds fund cutting-edge March of Dimes research to find the unknown causes of premature birth and birth defects.

If time and money aren’t things you can give, help advocate for the March of Dimes. Share Kaya’s story, Will’s story, or Lauren’s story on social media. Find out more about efforts to battle preterm births in Alabama. Support prenatal healthcare for all women and recognize it as crucial to healthy babies and whole families throughout the state.

When Huntsville Kids Feel the Need for Speed

Why the Huntsville March for Babies is Personal For Us

March of Dimes in Search of 75 Families