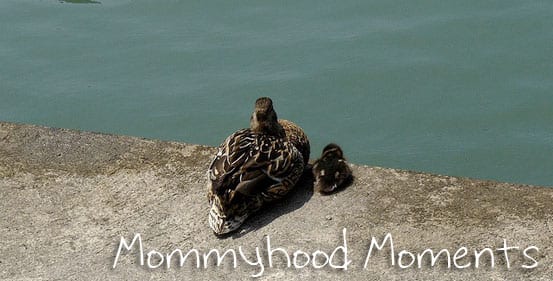 I would classify this one in the “things nobody tells you about motherhood” category. Once you’re a mom, you will never, for the duration of your remaining years in this life, take a trip without your children that did not include enormous guilt.

Case in point: at this very moment I am seated in an airport terminal awaiting a flight to Orlando for my first EVER cruise. My husband is sitting next to me. We are totally excited for a seven night Caribbean cruise in the crystal clear waters of tropical locations. It’s going to be great!

But in order to get to this point, we had to endure heavy attack.

Our oldest daughter, who is unfortunately mature enough to understand how long one week is, was crying 14 hours before we even dropped them off with their grandparents. This lasted off and on the entire day. To make it even worse, we are missing not one, but TWO of our three daughters’ birthdays in order to go on this trip.

Our baby will be turning four on Monday, but she was easily pacified when I took her to Target and let her pick out something pink with Hello Kitty on it. She chose an overnight “cosmetic” bag complete with bubble bath, a sleep mask, and glitter body wash. She thinks it’s fantastic that she got it and doesn’t mind one bit that she’ll be without us.

“What do you want for your birthday” I cheerily asked my almost 9-year-old, hoping to buy her off as well.

No such luck. She burst into tears. “All I want is for my parents to love me enough to not miss my birthday!” she wailed.

And that right there, folks, is the art of female manipulation at its best. It starts early, particularly in my family. Unfortunately for her, it had the opposite effect on me. I simply replied, “Yes, that would be a nice gift. Perhaps you could be adopted by parents who are nice.”

She left on an angry bike ride around and around our cul-de-sac to work out her frustrations, then came inside and gave me a hug. She was made temporarily happy when she got to choose a new hat and matching purse and super cute dress.

Finally, the time had come for the dreaded goodbyes.

The older girls were crying before we even got in the car to head to Nana’s and Papa’s. Our little one, however, was just sitting in her booster seat happily clutching her new Hello Kitty collection. All smiles.

“Why do you want to go without us?”

And my personal favorite, “Mom, I am NINE years old and I have NEVER been on a boat!”

No, no, just kidding. I simply looked at her and replied, “My dear, do you see these wrinkles on my face? Do you see these little lines around my eyes and mouth? I am THIRTY-FOUR years old and I’ve never been on a boat.”

The goodbyes went on in much this same manner. I gave the crying ones extra hugs and tried to be super nurturing. I whispered promises of finding them a treasure on the islands we stop at on our trip. I spoke of the great and exciting things their grandparents had planned for cousin camp that week. (Cousin camp?! For cryin’ out loud! They’re going to be at a party all week! I know from experience they will forget they even have a mother five minutes after I’m out the door!)

But it was all for naught.

I the end, my parents had to pry my six year-old’s fingers out of my pockets and pull her clutching hands from my person. I suddenly understood how walls feel when I’ve tried to peel wallpaper off of them. My oldest daughter simply looked at us, her eyes puffy from all the crying and tears streaming down her cheeks. 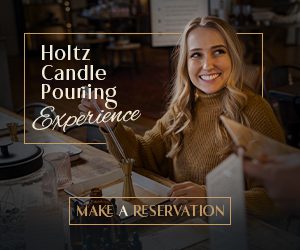 “I’m sorry you don’t love me. If you drown or get eaten by sharks you will feel really bad.”

Yes, yes, I suppose we will. But probably not for the reason she thinks.

And so here we are, sitting in the airport, the anticipation of a new adventure building. My iPhone next to me alerted me to the fact that someone was requesting a FaceTime call. You guessed it: our oldest (you’ll remember she raised the money for her iTouch a couple months back.)

I took the call, hoping to say a last quick goodbye and reassure them that I have no intention of snorkeling with any creatures that could kill me. But instead, I was greeted by the forlorn faces of not one, not two, but THREE crying children. Suddenly I was playing referee from two hours away while sitting in an airport gate.

“Give your sister the iTouch! Stop hitting! Do not jerk that away from her!”

That was a very bad idea. Folks, do NOT take FaceTime calls from your children once you’re gone. Happily, we will be unable to even if we so desired once we get on the boat. Phew.

So, mothers, signing off for now. Caribbean bound. What’s that pesky thing on my back? Oh, yes. hat’s the extra guilt the girls each placed in my backpack. hat’ll be sure to double as a flotation device should the need arise.

Welcome to the World, Baby Girl!

Awkward Photos and the Internet