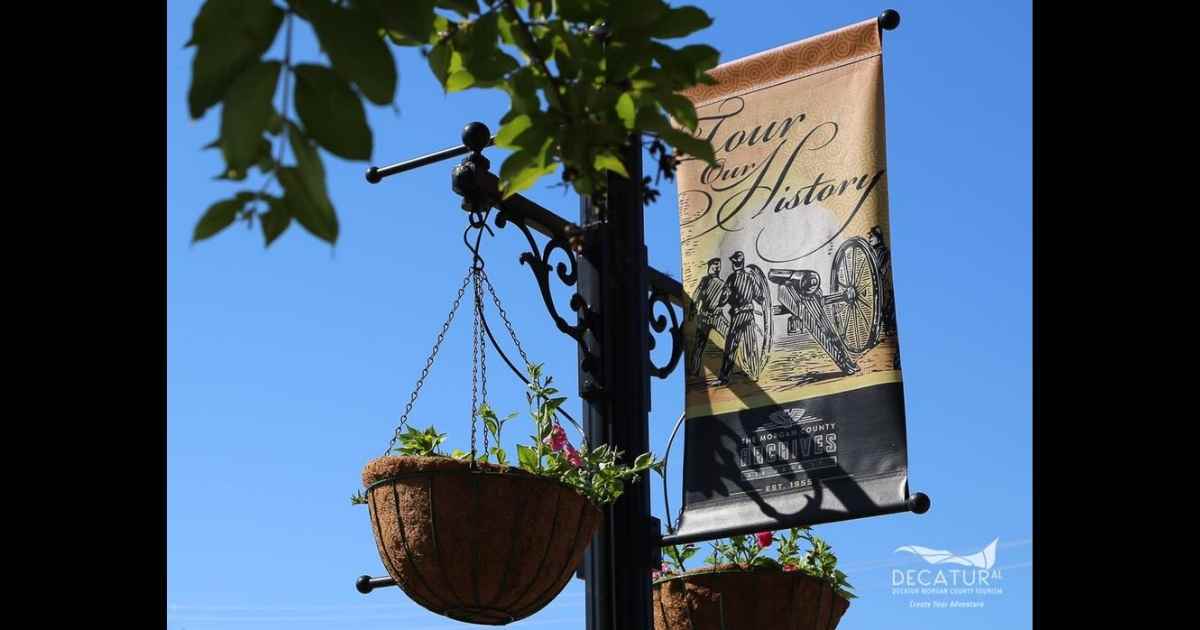 Decatur has a rich and colorful history dating back to the early 1800s and next month, locals and visitors are invited to take part in a casual stroll winding through the historic Old Decatur area for a glimpse into the city’s heritage. Organized by Decatur Morgan County Tourism and the Morgan County Historical Society, free guided walking tours are held on Saturdays in the month of April and each one features a different route, theme and tour guide.

Knowledgeable guides will escort participants through historic neighborhoods and landmarks where they will share the history of the city and entertaining accounts of the city’s storied past. All tours are free, family friendly and involve easy walking. Reservations are not required and tours are held rain or shine.

April 9: Old Town and Scottsboro Boys House Tour led by Peggy Allen Towns, local historian of African American history
Hidden in the pages of Decatur, Alabama’s history are the unmentioned and noteworthy African Americans, who made countless contributions to the city. During this inspiring journey, hear stories of the many freedom pioneers, the ones who championed individual liberties and equality in the city of Decatur’s oldest neighborhood and learn about the nine young Black men who forever changed the judicial system of the United States. Tour begins at Turner-Surles Community Center located at the corner of Vine and Sycamore streets.

April 16: Decatur City Cemetery Tour led by Local Historian Phil Wirey
Oakwood Cemetery, locally known as the Decatur City Cemetery, has been the final repository of Decatur’s culture and history since 1855. The approximately fifty-acre burial ground, founded by the Calvin Brown family, a family which has laid to rest five generations of Decatur residents, is the final home of many of Decatur’s most prominent, and interesting, citizens. There are more than two dozen notable burials in the cemetery. Tour begins at the chapel in the cemetery located at 1001 Wilson St. NW.

April 23: Albany District and Delano Park Tour led by Caroline Swope, historic preservation specialist for the city of Decatur
The tour focuses on architectural history, neighborhood stories and the development of the New Decatur/Albany Historic District and features portions of the 1887 Delano Park including the magnificent formal Rose Garden, Riverwild Garden and its native plants and animal sculptures, the all-children’s playground, the nearly 100 year old splash pad and other sandstone structures designed and built by Alabama’s first female architect. Tour begins in the Delano Park Rose Garden located in the 600 block of Gordon Dr. SE.

April 30: Streetcars and Railroads Tour led by David Breland, retired Morgan County judge and Decatur historic resources manager
A fun look at Decatur’s nearly 200 year love of all things with rails, the tour leisurely proceeds along real streetcar tracks from the Old State Bank to the Railroad Depot Museum for a look into the city’s rail transportation heritage. Tour begins at the Old State Bank located at 925 Bank St. NE.