[box type=”2″ width=”230″ align=”left”] EDITOR’S NOTE: A warm welcome to Russell Winn the newest voice in our ongoing dialogue on education.
[/box]Last week, the Huntsville City School Board heard Dr. Steve Salmon, a demographer hired to research school closings, make his committees recommendations concerning which schools in the system should be closed. In making his recommendations, Dr. Salmon, under the direction of Dr. Ed Richardson, relied heavily upon data provided to him by the BRAC commission, the Chamber of Commerce, and the City to recommend the closing either seven or nine schools during the 2012-2013 school year.

In what has become an increasingly common pattern for people making reports to the board, much of the report was not actually shared with even the board in writing. When Dr. Salmon reached the end of his report, Mrs. McCaulley asked if the “Recommendation Summary” could be shared with the Board in writing. Dr. Richardson’s response was, “I thought we had included that in your packet.”

How much are we paying these guys?

In an effort to help the board out, here’s the transcription of the recommendations offered at the end of Dr. Salmon’s presentation.
[box type=”1″ align=”left”] RECOMMENDATION SUMMARY

MS (2a) Close Whitesburg Middle and move students to Mt. Gap and Challenger or

MS (2b) Close Mt. Gap Middle and move students to Whitesburg and Challenger

ES (2a) Close Whitesburg and move students to Chaffee, Weatherly Heights, and Jones Valley or,

ES (2b) Close Mt. Gap and move students to Challenger and Weatherly Heights

This plan was just published on the Huntsville City Schools website. You may review it here.

Let me see if I can expand this for clarity. First at the High School level, the recommendation is to close Butler and move New Century from Columbia to Lee. (One school closed.)

For the south Middle Schools, he recommends either closing Whitesburg and moving students to Mt. Gap and Challenger or Closing Mt. Gap (just after the the board voted on April 21st to spend $158,637.90 on a parking and drainage project at Mt. Gap Middle and Elementary) and moving students to Whitesburg and Challenger. (One school closed in the south.)

At the Elementary level, Dr. Salmon has three firm plans and one optional one. The three firm recommendations are to close Monte Sano and move those students to Blossomwood, close West Mastin Lake and move students to Rolling Hills and Lakewood, and finally to close Montview and move students to Highlands and University Place. The optional plan again deals with Whitesburg and Mt. Gap. He recommends either closing Whitesburg and moving students to Chaffee, Weatherly Heights and Jones Valley, or closing Mt. Gap (again after wasting $158,637.90 repaving the parking lots) and moving students to Challenger and Weatherly Heights. (Four schools closed.)

Certainly, you’ll have to have some* of that. The reason that you don’t go specifically in attendance [his meaning here is unclear] is you have some options here and we didn’t know which way to go. And we think it would just confuse* it at this point.

Really, how much are we paying for this? How many Instructional Assistants have been fired to cover the costs of this advice?

He went on to state:

But once you get it narrowed down*, we looking at this as a good prime, you need to know all of that information. And I would say, I’m not sure how accurate we could provide you with in terms of renovation, but we can talk about capacity and we can talk about the school classification. Your maintenance staff would say well this is a school that is in good shape, this one is average, and so forth. All of that would be there.

But note: This information will not be publicly available until after the public hearings are completed and the board has approved the recommendations.

Dr. Richardson has learned well from watching Dr. Moore ignore pleas from special needs parents to share with us details concerning their “plans” to move our children around.

But, Dr. Richardson isn’t the only one to blame here.

Dr. Robinson, in an email to Mt. Gap parents sent out last night, requested that parentsprovide her with a “business case for keeping schools open.” She wrote:

As you share this information with your members, please note that when they provide input at these forums or to me by email, we really need to stay focused on the facts. No one wants to close a school in a neighborhood. Everyone’s school is a wonderful place to be. But we have too many buildings. We can’t afford to have 300 kids in a building that can hold 500. We can’t afford to sustain schools in neighborhoods with declining enrollment because the average age of the neighborhood is 60 and there are very few children there. We need to make a business case for keeping schools open.* Tonight I asked for data on transportation costs associated with consolidations and maintenance/renovation costs that might be associated with a consolidation. Dr. Richardson is going to get those numbers.

In other words, parents should:

Respectfully, Dr. Robinson, just as teachers did not create this problem, parents didn’t either. As Dr. Salmon’s data shows, parents are moving into Huntsville. Parents are having babies in Huntsville. The one thing that parents are not doing is trusting you and the school system with the education of our children. Every parent with the means to do so has long since pulled their children out of Huntsville City Schools because of the central office’s and the board’s mismanagement. (Dr. Robinson was elected to the board in 2002.)

There will be a series of public hearings on this recommendation to begin next week. On the surface, this appears to be a move towards transparency, but in reality these meetings are going to be little more than a repeat of the presentation that was thrown out last night. Dr. Salmon will not be present to meet with the public. He is sending instead Dr. James Wilson, his assistant, to meet with the public. It is possible that Dr. Richardson will be in attendance. Since at least one of the meetings is currently scheduled for the same night as a board meeting, it is unclear if even the board will be in attendance at the meetings. Hopefully, the board members are planning to attend these meetings. The meetings are scheduled to start at 6:30pm on the following dates:

As a special needs parent who has been dealing with rumors, “plans” and misinformation from the superintendent, the consultant and the board, those parents with children who are affected by this “plan,” (I’m on the list too) have my sympathies. The next few months are going to be infuriating, tiring, confusing, and at times seemingly pointless. Don’t give up. The board, and in fact all those in power, are hoping that you will. That you will simply sit down and quietly say, “Thank you sir. May I have another.”

Feel free to be emotional about the education of your children. Insist that those responsible for creating the problems take responsibility. Remind the central office, the superintendent, and the board that it’s their responsibility to make a reasonable case in favor of the changes they want to make.

Without specific details about the costs, both to the quality of the education our children are receiving and financially, we should oppose any school closing plan. And we should oppose it loudly.

Don’t give up the fight.

*Emphasis in all above quotes added by author. 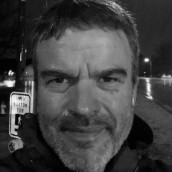 SHHH! I Was A Mystery Shopper

Organizationally Challenged? You Can Coupon

Bullying at School: The Solution Starts At Home

5 “Be’s” to Prepare Your Child for Tomorrow, Today

Schooling from Home in the Tennessee Valley: 2020 Edition