Like many parents, I was somehow caught by surprise when Spring Break rolled around. In my defense, it was the first time I had a school-aged child that was suddenly home for Spring Break. (And in the “no defense” corner – Rocket City Mom TRIED to warn me!)

Our Monday had me worried for the rest of the week: 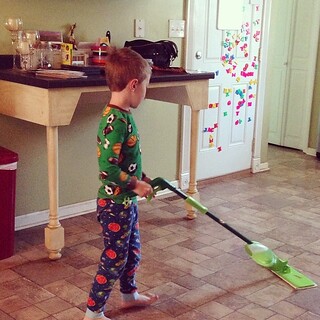 And by Monday afternoon, I was begging for ideas. Luckily, “Raise the Roof” had just opened at the US Space & Rocket Center, so I was saved!

I’ll be perfectly honest: I am the mom of young(ish) kids, and the Space & Rocket Center – while cool to me, the space geek who currently is working on the next space vehicle – didn’t really have a lot to offer the younger set. So my bar was set kind of low for this trip. But hey! Out of the house! PUT AWAY THE SPRAY MOP, KID.. WE ARE GOING PLACES. 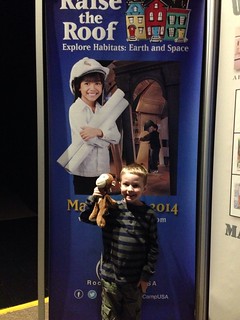 We packed our trusty sidekick, aptly named Monkey, and headed out.

In order to get to Raise the Roof!, which is included in the price of admission to the museum, you pass through the current art exhibit, UNCLASSIFIED: Military Kid Art Show. My mom is a military brat, so Tony and I had a good time walking through the various art pieces and talking about what we thought inspired them. It was a really neat exhibit, especially when you’ve spent time as part of a military heritage. 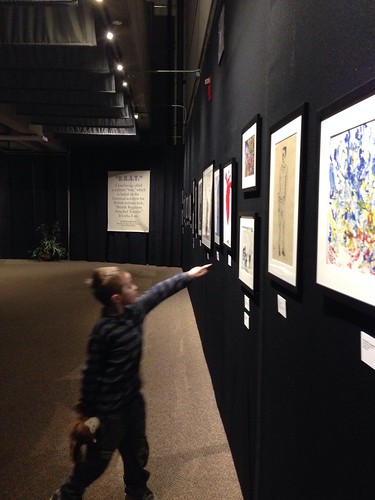 A way past the art exhibit begins the Raise the Roof! exhibit. Remember how I said that the Space & Rocket Center didn’t really have a lot to offer the younger set? I WAS WRONG.

Raise the Roof! occupies the entire exhibit floor and showcases the various structures used in different cultures, as well as other types of science applied in foundation and structural engineering. 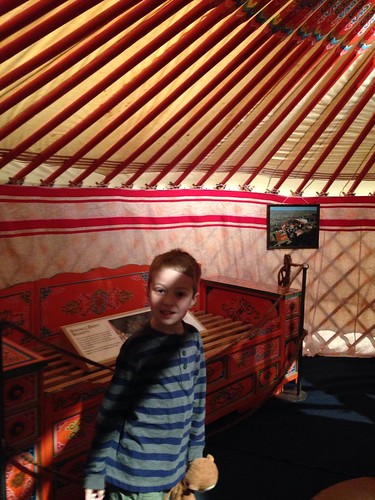 We had a great time exploring a Mongolian Yurt and learning about how various nomad cultures established structurally-sound but temporary housing. When you take into account how often some of these tribes moved around, it’s kind of mind-blowing!

Even little kids can get into the action here. There are many examples of various structures to be built with blocks; I found that while any age can participate with these, the adults got rather competitive! (.. okay, it was ME.)

Tony really enjoyed learning about insulation and how vastly different various types of insulation can be. This is truly a hands-on experience, with you feeling a typical Alabama summer heat behind paned glass, and then move down the path to see what kinds of insulation do best to shield you from the warmth.

We also had fun building a truss to help support a wire bridge. I say “we”, but it drove my OCD crazy. Tony had a good time, and I realized that I can never be a structural engineer. (Or, I should say, I realized AGAIN.) 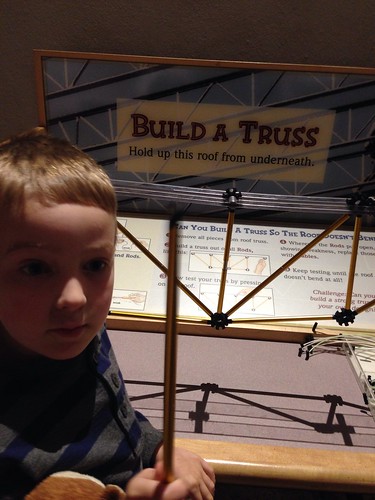 And, of course, since you’re now admitted into the full museum – might as well make the most of it, right?

So all in all, we were able to get a full (like, really full) couple of hours at the U.S. Space & Rocket Center. As someone from the Space Launch System program, I always love the inspiration and the imagination that come from my visits there, and I love that now there was something we all could enjoy together. I think it’s fair to say that I might just be raising one of our next astronauts.

Prospect for Gold at Burritt on the Mountain

Feed the Ducks at Big Spring Park in Athens