This is the final week of Carnival Season in the River City and here’s your guide to the weekend’s events that will leave counting the days until next season. You do not want to miss the best weekend ever in Decatur-where-it’s-greater!

Friday, February 9th, 2018 7-10 PM
The Princess Theatre
FREE
If every good party has an after-party, then I say the best parties (Carnegie Carnival) have a pre-party (Cake Shake). Hosted by royal alums, King Wade and Queen Holly, attendees will enjoy a concert by the Willies and cake, cake, and more cake! The event is completely free and open to the public so the only thing you’ll pay for is a drink at the cash bar.

Saturday, February 10th, 2018
Race starts at 8am by the Old State Bank
$60 to register individually, $100 to register as a team – More Info
The Frolic is Decatur’s first and only half marathon. This year participants will travel from all over the state of Alabama and 11 other states including Arkansas, Georgia, Kentucky, Indiana, Illinois, Louisiana, Michigan, North Carolina, Ohio, Pennsylvania, and Tennessee to run 13.1 miles on the Decatur “coast” of the Tennessee River. The course is fast and flat and if you can’t run the full 13.1 miles on your own, that’s okay too because there is a 2-4 person team relay option! There’s still time to register both individually and as a team. All participants receive a unique finisher’s medal and long-sleeve tech shirt. Refreshments provided and sponsored by Pepsi, Chick-fil-A and Lucky’s Supermarket.

Saturday February 10th at 12:30 pm
Founders Park to Casa Grande Park
Join CASA of North Alabama and the Prince and Princess candidates for a parade children of all ages will adore, with kid-centric floats and bikes, trikes, galore! The winning candidates for Prince and Princess will be announced and crowned at the end of the parade. For a small fee that will directly benefit CASA of North Alabama, your child can walk or ride his/her bike in the parade and join the CASA volunteers at the Carnegie at 8am for art and fun!

Saturday, February 10th at 2:00 PM
Second Avenue/Johnston Street to Lee Street and back
Free to watch, $10 per dog to walk ($5 each additional dog)


Benefitting Animal Friends Humane Society, this parade has truly gone to the dogs. Pooches decked out in their Mardi Gras best will prance their way up and down Second Avenue before ending the parade at the Canine Crewe party, where Sir Bow Wow and Lady Barks-A-Lot will be named.

Saturday, February 10th at 6:00 PM
Second Avenue to Bank Street
Free for all! Art for Everyone!
The biggest event of all – the Carnegie Carnival Parade will leave you asking yourself, “Am I in Mobile? Am I in New Orleans?” Grab your curbside seats early because the streets will be standing room only lined 3-5 people deep for an up close look at a full-sized wooden pirate ship, parading widows, and sirens luring skeletons with their river song. This parade is the real deal for family fun and is suitable for all ages. Once the parade ends, join the royal candidates and the Willies at the Princess Theatre (FREE admission) for the announcement an entire community has waited for six weeks to hear – the names of the new King and Queen of Carnegie Carnival!

Other events on the big day, Saturday, February 10th, 2018 include a Cajun Cook Off benefitting the Decatur Coalition for Mental Health, Midway Games and the Creation Station for children of all ages, Mardi Grass at the Brick, and the Catch and Release Program (turn your beads in for a developmental program project).

What the Carnegie Carnival Season Is All About

The candidates have spent the past six weeks raising money through parties, fashion shows, dinners, performances, and many other fundraising events. All money raised goes directly to the Carnegie Visual Arts Center and directly benefits the arts in the community. The Carnegie also shares a portion of the proceeds with CASA of North Alabama, Animal Friends Humane Society, and the Decatur High School Developmental Program. Last year Carnegie Carnival raised $100,000 for the community. 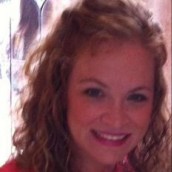 Andi Stewart is a Decatur-native, who spent over a decade living in Miami. She finally returned home, married a boy she’s known since childhood, and loves raising her family in the hometown she adores. She has two children, a son and a daughter. She’s a professional Environmental Engineer who balances a full-time career with motherhood. She’s run more marathons than she can count (mostly because she really enjoys eating) and she loves her daily barre class and traveling. She is passionate about her River City community and when she’s not volunteering, she’s enjoying all her city has to offer.

How Parents Can Help Improve Their School’s Report Card