My husband will tell you that I am pretty logical about most things in life, but that I am paranoid about three things:

When we were on our honeymoon cruise, I would not let him sit on our room balcony unless I was in the room because I was afraid he would fall overboard and no one would know until hours later. I don’t know where the tidal wave phobia comes from but I can trace back the aversion to convertibles pretty easily.

[sws_pullquote_left]Who climbs into a car and thinks, “I am going to have a catastrophic car accident today.” No one. [/sws_pullquote_left] In May 2005, my son was about to celebrate his first birthday. My husband and I had been in Niagara Falls for a business trip. We flew back from New York to Nashville, drove to my mother-in-law’s house, picked the boy up, and headed out on a three hour drive back to our house in Tullahoma, Tennessee. About fifteen minutes from home, as we were driving down a two lane highway, a car swerved into our lane. I was behind the wheel, and my husband yelled, “Watch out!” I swerved and instead of hitting us head on, the car hit the driver’s side door. Our SUV flipped twice and skidded down the highway on the roof until we hit a parked trailer by the road.

When we finally stopped, we were upside down.  I immediately unsnapped my seat belt and dropped down to the ground. I crawled through the wreckage with only one thing in mind: getting to my baby.  All the windows had blown out, so I crawled in a backseat window and pulled a howling Cooper out of his car seat. Thankfully, other than some cuts on his arms, he was fine. His car seat had protected him.

I then crawled over to the passenger door to check on my husband, who was trapped in his seat – but conscious and not seriously injured.  By this time, several people had stopped to help.  Someone called 911 and an ambulance was on its way.  I wish that there was a way to thank every single person who stopped and helped us that day.  The trooper later told us that the 19-year-old kid who hit us had been reaching behind his seat to grab a CD when he swerved into our lane.

The trooper was amazed that we had escaped serious injury and you can see why: 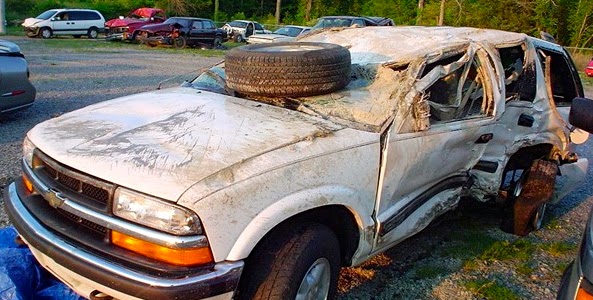 My dad, always the police investigator, went to the junkyard to inventory our totaled Chevy Blazer and take pictures.

Several things worked in our favor that day. We were wearing seat belts and our son was in a safety seat. We also had a divider between the cargo area and the seats to keep our dog from jumping into the backseat. That day we were using it to keep the luggage in the cargo area – which was crammed full due to us being gone from home for a week.  If we had not had that divider, all of our luggage and baby gear would have become projectiles, flying up and hitting our son, who was still in a rear-facing car seat.  Almost a decade later that still makes me ill.

The only humorous aspect of this story is that the trooper later told us when he drove up on the scene, he looked at me sitting beside our car (because my husband was still trapped upside down in his seat) and thought, “That is the ugliest woman I have ever seen!” And this is why: 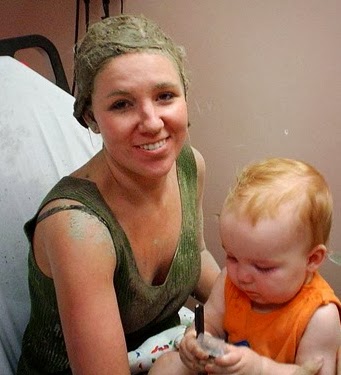 When the windows blew out, all the mud on the side of the road poured into the car and coated everything- and everyone. Everything we took on our trip was either smashed or covered in mud. I washed grime out of my hair for DAYS.  The x-ray tech told me that I would have to cut all my hair off!  Luckily I did not have to resort to that.

He was so little – a week short of one. Cooper is now a lanky 9-year-old and thankfully was too young to remember the accident. 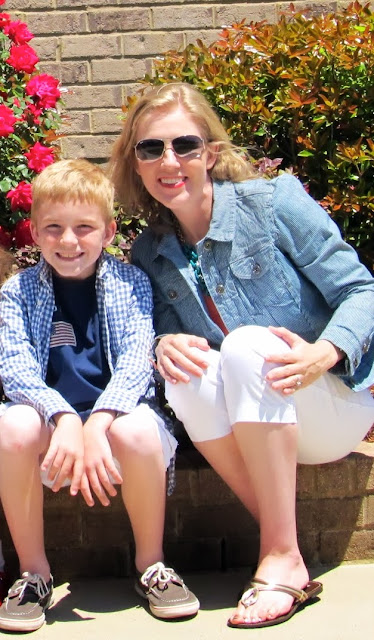 Who climbs into a car and thinks, “I am going to have a catastrophic car accident today.” No one. They tell themselves, “I left the safety seat in the other car but it will be fine.” or, “I don’t have time to hook this up all the way.” or, “We are just going down the street.” We traveled all the way from New York and were fifteen minutes from our home when the boy hit us. It can happen anywhere.

To this day, I don’t know how we all walked away with just scratches and bruises. Cooper healed quickly, and my husband and I both have a few scars on our hands.  Marc probably caught the worst of it – his hand was trapped under the car as we slid and it was skinned up pretty good.  If you don’t take anything away from this story, take away this: Please always use a car seat and wear your seatbelt.  My family would not be here today if we were not.

[box style=”info” ]September is Child Passenger Safety Month. For more information on carseat safety and other vehicle safety guidelines for Alabama, go to https://www.dmv.org/al-alabama/safety-laws.php or https://www.nhtsa.gov/Safety/CPS.[/box] 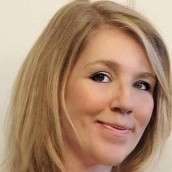 Katie Davis Skelley is a Tennessee native who moved to Madison with her family in 2009. Katie enjoys gardening (when not combating her mortal enemy, the Japanese beetle), fitness, singing in her church choir, traveling to exotic lands such as Orlando, and to the consternation of her husband Marc, frequently redecorating rooms in their home. You can read about her adventures in parenting over at Team Skelley and follow her on twitter at @katiedskelley.

This Dad is a Merciless Wizard